RoyOMartin supplied a short article in this issue on its 25th anniversary celebration since the startup of its softwood plywood mill in Chopin, La. The mill produced its first press load in March 1996 and yours truly visited the mill and wrote the cover story that appeared in the November 1996 issue of Panel World. Jonathan Martin, who passed away in September 2019, walked me through the plant that day. 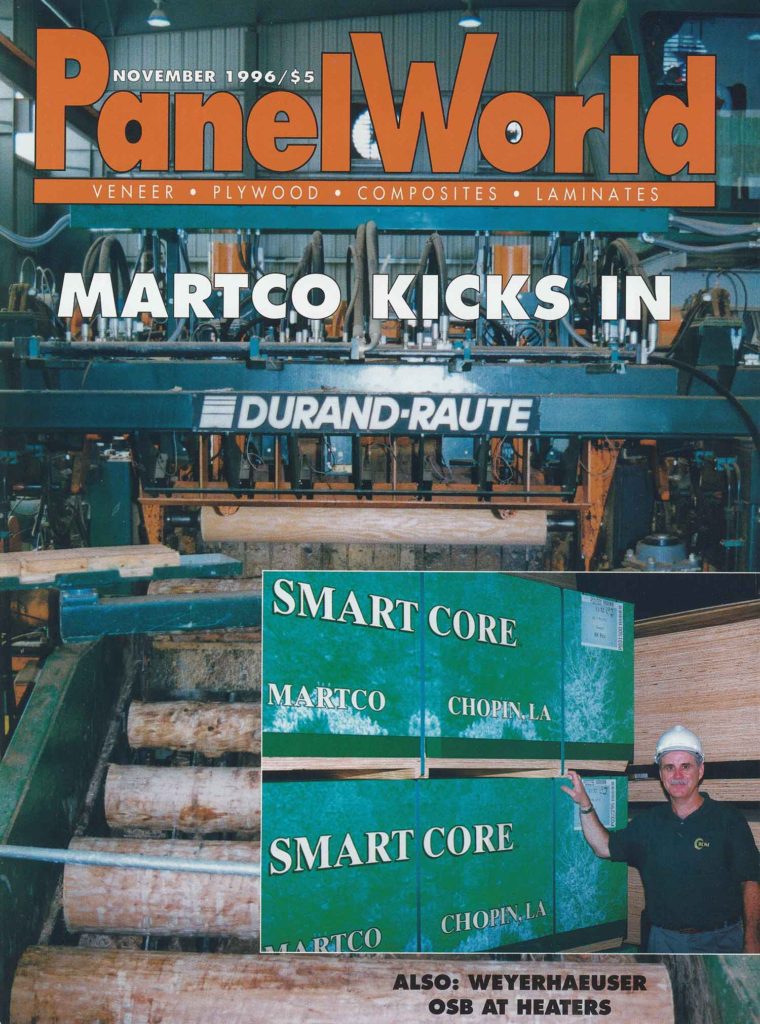 I remember that Martin was jovial as he showed off the new mill, and why not? Greenfield softwood plywood plants were rare indeed (and still are) and the newness of everything there made it a can’t miss opportunity for the two Nikon cameras and Sunpak flashes that dangled around my neck. Why two? One for the black & white film, one for the color film. Indeed the photos and article turned out well, in looking back at that November issue. But what also struck me was all that was going on in the pages of our magazine 25 years ago.

The Martco story carried the cover, but inside the same issue was an article a staffer had written on the new Weyerhaeuser OSB mill in Heaters, W. Va., which had started up that August, processing mostly low grade hardwoods. The mill ran a 12×24 ft. Washington Iron Works press.

That issue of Panel World also had a story on the new OSB mill built by Norbord Industries at La Sarre, Quebec, this one with a Siempelkamp multi-opening press.

Here are some other developments that showed up in the issue. If you’re at least 50 years old today, they may jog your memory:

Some of the advertisers in that issue, such as Durand- Raute, Electronic Wood Systems, Con-Vey and Texpan, are advertising in the issue in your hands.

And, 10 people listed in our magazine staff box are still working hard for us today.

So maybe 25 years ago isn’t really that long.

P.S. The headline for this column is a quote of author Harvey MacKay.