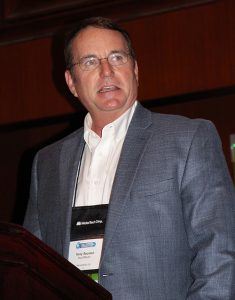 Look for coverage of the event in the May issue of Panel World magazine, which served as the media host of PELICE 2020.

CalPlant I, LLC, which took 25 years to develop and build a rice straw-based medium density fiberboard plant and produce its first board late last year in Willows, Calif., has voluntarily filed for Chapter 11 bankruptcy protection and intends to conduct a court-supervised sale process…

NewLife Forest Restoration has ramped up production at its new engineered wood products plant in Bellemont, Ariz., while also increasing forest restoration work in service of its 4 Forest Restoration Initiative (4FRI) Phase 1 Forest Service stewardship contract that seeks to thin and treat more than 300,000 acres at risk of…

The same labor availability issues that have plagued forest products manufacturers since the COVID pandemic began are also plaguing builders as the economy seeks to rebound. According to a survey of more than 2,000 construction companies, both hourly and salaried employees are…

Article by Rich Donnell, Editor-In-Chief, Panel World September 2021 – As I write this, several of us on the editorial staff are about to head to Atlanta, Georgia where we will be exhibiting our sawmill magazine, Timber Processing, at the Southern Forest Products Assn. lumber machinery exposition in the Georgia World Congress Center. In fact we’re also putting on a one-day sawmill Productivity & Efficiency conference in collaboration with SFPA…

Roseburg To Shut Down Dillard P’board

Roseburg Forest Products (RFP) announced on August 25 that it will shut down its particleboard plant in Dillard, Ore. The plant has been in operation since 1965, and will continue running as the plant prepares for shut down in the next 60 days…