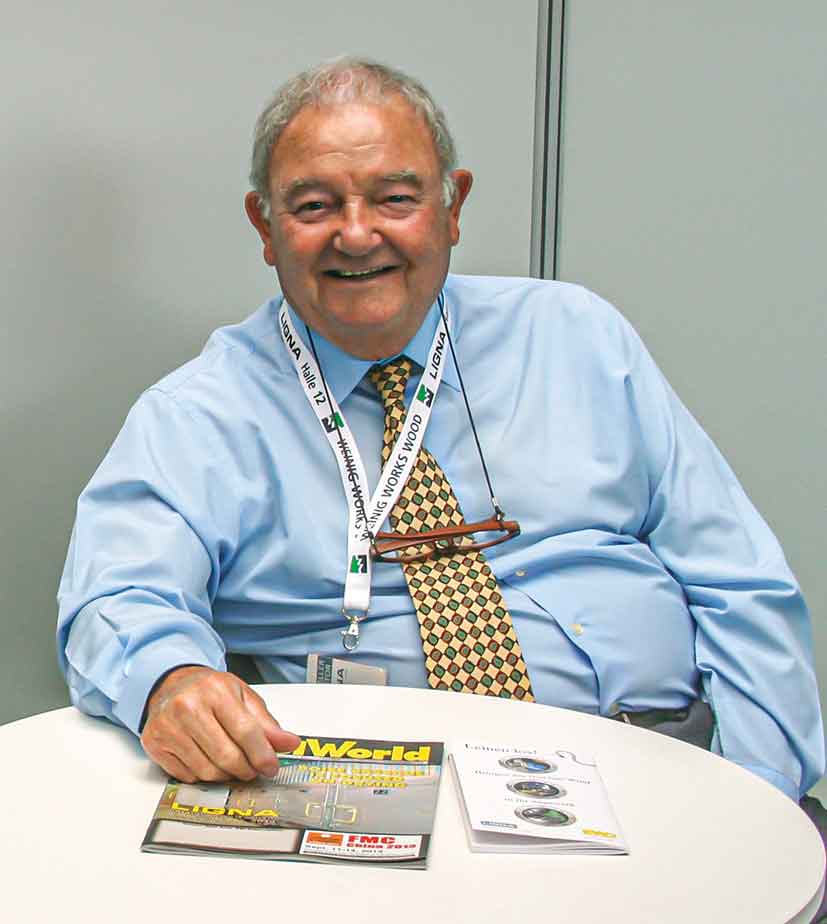 Alan Douglas Brett, who in the latter half of his career led the international advertising sales growth of Panel World magazine, and whose vigorous life included professional motor cycle speedway racing as a young man and a long stint as sales manager with the Daily Telegraph in London, died January 16 following health issues at his villa at Aldea de las Cuevas, Benidoleig, Alicante, Spain. He was 86.

Brett sold magazine advertising space for Montgomery, Alabama, U.S.-based Hatton-Brown Publishers, Inc. and affiliate Panel World from 1984 to 2006 and also sold for other trade publications. He worked from his office and home residence in Box Hill, Surrey, just southwest of London, but in 1993 he and his wife, Rita, purchased their dream home in Spain, where he continued to work until his retirement, when he turned over his international sales role for Hatton-Brown and his overall business to his son, Murray Brett.

“Alan was the most detailed person I had ever met—after years of dealing with sales people who were the complete opposite,” recalls David Ramsey, publisher of Hatton-Brown Publishers, Inc. who hired Brett. “He was a happy man and lived his life as such. He came from a tough childhood but lived his life his way. I shall miss him.”

Hatton-Brown and Panel World Editor-in-Chief Rich Donnell remembers, “In late 1988 I met Alan in London and we took the ferry across the North Sea into Belgium and proceeded to drive his car throughout Germany for seven days calling on numerous potential equipment advertisers. Alan became a wonderful, enlightening friend, with tremendous humor, and I witnessed what a fully informed and persuasive sales representative he was.

“The next year we met at what was my first Ligna show, long before Panel World had its own booth there, and we set up shop on one of the tables of the Hall 2 restaurant and walked the aisles for a week. I’ll always have the vision of Alan toting along his packed business briefcase while smoking a cigar. The exhibitors knew we were coming. Alan became close friends for life with many of the marketing people of the exhibitor companies.”

Brett was born in Kingston Hospital on December 23, 1936. His last name was Kingham at birth but he never knew his father, and his mother Kathleen remarried to Earnest Brett and Alan adopted the Brett name. Brett was raised by his mother and in his late teen years by an aunt and cousins in New Malden South London. A sister, Jill, was born after the war.

Brett was a “war baby” and due to the heavy bombing of South London he went to stay with a mining family in Nottingham, but experienced bombing in the industrial Midland as well. The war experience contributed to Brett’s lifelong passion as an amateur historian of World War II, complemented by his lifelong power of memory.

Brett became obsessed with Motorcycle Speedway Racing, as tracks were springing up everywhere due to the wasteland available after the war. In his teen years Brett raced cycle speedway and attended high school at Wimbledon Technical College.

In 1954 he started to race competitively as a professional motor cycle speedway rider and in 1955 he represented Eastbourne and Wimbledon before big crowds throughout Europe. He mixed with many of his childhood heroes and champions—Ronnie Moore, Barry Briggs, Ivan Mauger, Ove Fundin and Peter Cravan.

But in 1956 Brett’s highly promising speedway career was cut short due to a terrible leg injury. He suffered it during a practice session when the bike in front of him crashed, sending Brett from behind over the top of his bike before a third rider rode over Brett’s leg. However, while in the hospital Brett met Rita Hammerton, who was a professional dancer working at The Windmill Theatre in Soho and they were ultimately married in 1960.

His dream of racing motorcycles shattered, Brett entered the newspaper industry and sons Neil and Murray were born. Brett’s career progressed to Classified Sales Manager at the Daily Telegraph were he would stay for 20 years, meanwhile moving the family to their ideal home in Box Hill, Surrey with a huge garden backing on to heathland.

Brett left the Daily Telegraph and set up his own company, selling advertising for various trade publications, eventually landing with Hatton-Brown Publishers. Brett was a pioneer of “remote working,” running his British business from Spain after moving there with Rita.

Brett enjoyed his life immensely in Spain, especially helping out the elderly and was a big supporter of the local Careline Theatre, holding the position of Front of House. Brett’s wife Rita died in 2021 and Brett chose to continue his life in their villa until his peaceful passing, surrounded with love by his family and caregivers. He is survived by his sons and their spouses, Neil (Simone) and Murray (Liz), five granddaughters, and his sister, Jill.