APA—The Engineered Wood Assn. presented Tony Vuksich the 2022 Bronson J. Lewis award during the APA Annual Meeting held October 15-18 at the J.W. Marriott Turnberry Resort in Aventura, Fla. The award is named in honor of the late Bronson Lewis, who served for 24 years as secretary and then executive vice president of the association. The award recognizes individuals for their leadership and outstanding contributions to the engineered wood industry. 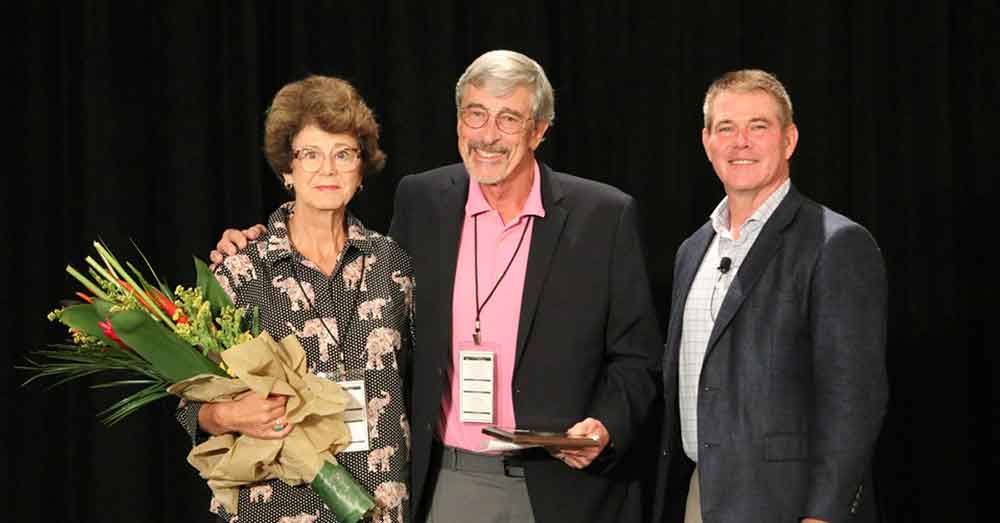 Vuksich recently announced his retirement after serving the engineered wood industry for 50 years. He began his life-long career with Willamette Valley Co. in 1972 in sales. He became a branch manager in 1976, a regional manager in 1980, vice president of the northwest in 1996 and global wood vice president in 2010. He also supported the establishment of Willamette Valley Co. facilities in Chile and the Netherlands.

In addition to his work with Willamette Valley Co., his contributions to the engineered wood industry include a 20-year term serving on the EWTA (Engineered Wood Technology Assn.) Advisory Committee where he worked on funding special projects for APA and promoting the EWTA Info Fair and membership. He has served as an active member of the Wood Based Composite Center for the last 12 years. He has organized APA’s Mike St. John Golf Tournament for the past 35 years. Vuksich will continue to contribute to the industry maintaining the golf tournament operations.

A standing ovation greeted the announcement by APA Board Chairman Roy O Martin III. Accepting the award, at times his voice breaking with emotion, Vuksich read the names of the previous recipients of the award and commented, “I don’t belong on this list, but here I am.” He thanked his wife, Anita, for her support during all his travels, and he thanked the engineered wood industry community for providing him lifelong friendships and experiences.

APA President Mark Tibbetts added, “On behalf of the members and APA staff, we wish Tony only the best in his retirement.”

Due to the industry-wide challenge to get labor, automation plays a big part in profitable production. This is one of the reasons Richmond Plywood Corp. Ltd. (Richply), Canada, and Tolko Industries…