Something Must Be Missing From This Discussion 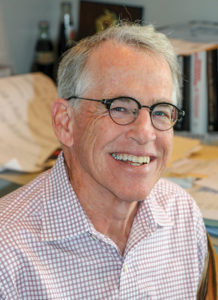 Every now and then a situation surfaces that is troubling to us. Elsewhere in this magazine you’ll read a news item about the controversy over structural plywood manufactured in Brazil that has been exported to the United States, accounting for a decent share of consumption in the U.S.

Some of this matter may have already been resolved as you read this, but at the moment you have 10 U.S. producers of plywood, calling themselves the U.S. Structural Plywood Integrity Coalition and closely aligned with APA—The Engineered Wood Assn., taking to court Timber Products Inspection and PFSTECO, two agency bodies that reportedly license the structural grade stamps to the plywood plants in Brazil, allowing the product to enter the U.S.

In referring to the product, the U.S. coalition uses terms like “substandard” and “dangerous” while accusing the two agencies of “looking the other way” as they profited from the process.

This is about the point where the technical nature of this issue goes beyond our job description, and it would be unwise for us to take a stand on either side.

What we do know is that we indeed do know all of the participants on both sides, have done business with all of them, and have good relationships with all of them—they’ve all exhibited at our PELICE conference in Atlanta for example. We’ve visited and written numerous articles on many of the plywood companies that are part of the coalition— Freres, Coastal, Hunt, Swanson, Murphy, to name some of them. So it troubles us to see this nasty quarrel.

We’re hoping there’s a misunderstanding in the mix. How can one side say “100%” of the product failed a test and the other side say the product is perfectly fine? That’s about as far apart as the goal lines on each end of a football field.

As this is written, the housing market has had significant rebound following the virus blitz, and panel pricing and demand has shown remarkable improvement. That doesn’t specifically affect the debate over Brazil plywood, but maybe it will enable the participants to lighten up a little bit. The pressure from the virus on our businesses and on our personal lives is heavy enough.