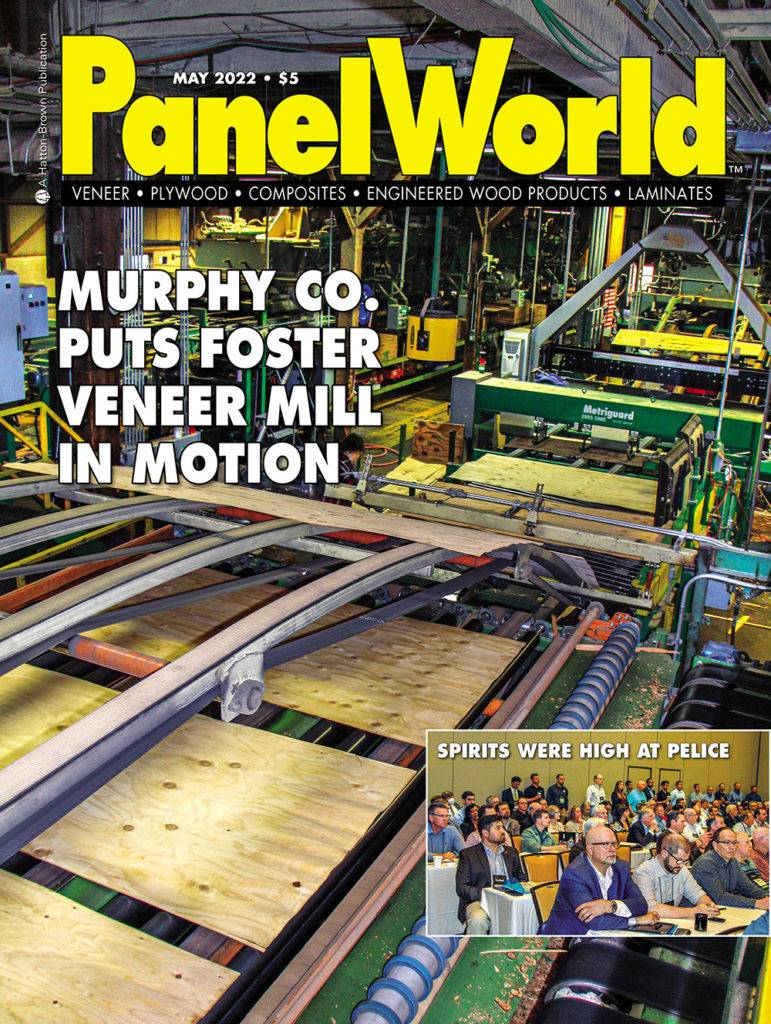 TAKING STOCK: Is This Really Happening?

At the risk of repeating myself (what the heck, I’ll be 67 in September), I remember at the beginning of the 2020 Panel & Engineered Lumber International Conference & Expo (PELICE) in Atlanta, as I spoke to the gathering on the first morning, when I referred to one of the scenes in the movie, “Saving Private Ryan.”

EDITOR’S NOTE: The following companies submitted editorial profiles and images to complement their advertisements placed in Panel World May 2022.

Acquired in late 2017 from Weyerhaeuser, the plant is a complementary fit to Murphy Company’s vertically integrated manufacturing facilities. The six facilities include three veneer mills supporting a LVL plant and two plywood mills producing a full complement of hardwood and softwood plywood. According to Mike Don, Murphy General Manager, Veneer Operations, the Foster plant is strategically located in the heart of the greater West Coast veneer market that stretches from northern California to British Columbia.

The key component of the business plan for Foster Veneer is to function as a major regional veneer merchandising operation, Don says. “Out peeling and drying operations are targeted to supply the engineered wood products industry, while at the same time merchandising each piece of veneer to its highest end value.”

He adds that while the facility has a range of capabilities, and produces a variety of veneers, the focus is primarily Douglas fir 1/8 in. LVL-quality, strength-graded veneer. As an added bonus, the wood basket for their operation is on the west slope of the Cascades, known for its high-strength Douglas fir resource.

According to Don, the plant has received significant investment since being acquired by Murphy. These investments have not necessarily been changes to the process, but rather in upgrading the existing equipment and making sure it functions to its full potential. “The story here is more about sticking with the fundamentals, getting everything up to operating order, and optimizing the performance of what we have,” he says. 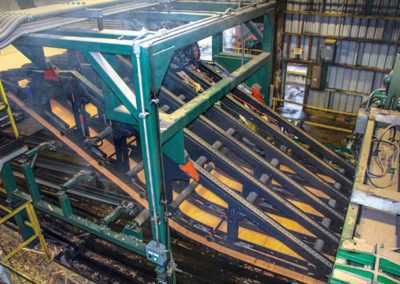 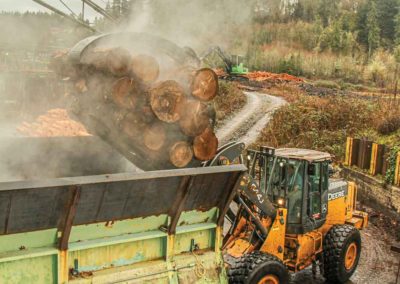